The Standard Model of Particle Physics has helped unravel the hidden symmetries within the design of the Universe. Here we examine the steps in building the Standard Model.

1. The Universe was created out of interacting quantum fields producing forces (Bosons) from integer spin interactions and matter (Fermions) from half-integer spin.

Lagrangian Field Theory formulates the relativistic quantum mechanical theory of interactions. It has dependent variables replaced by values of a field at a point in space-time f(x,y,z,t). The equations of motion are obtained by the Action Principle using S as Action.

The Euler-Lagrange Equation minimizes S and produces the model's equation of motion:
The steps to construct the Standard Model of Quantum Field Theory start with the classical Lagrangian, L.

The L for Classical Electrodynamics: 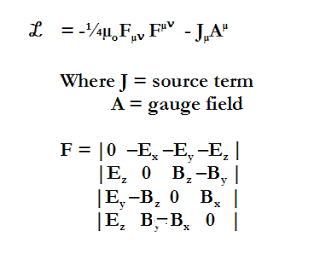 Next, consider the Lagrangian density function for a massless field:

For the case of a field with mass and spin (1/2 and 1) interaction:

The solutions to the Klein Gordon Equation are simple plane waves subject to relativistic constraint: 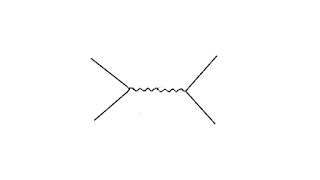 Note: A loop in a Feynman diagram indicts a divergence (infinite integral) that must be renormalized for calculations.

A photon is a spin 1 massless Boson interference packet in the electromagnetic field that has no rest mass, but has quanta E = hv and always travels at speed c.

An electron is a spin 1/2 Fermion interference packet in the electromagnetic field that has a rest mass.

A quark (Gell-Mann, Zweig 1960) is a spin 1/2 Fermion interference packet that interacts with electromagnetic, weak, and strong fields and has a rest mass.

The first line represents the kinetic energy carried by W, Z, photon, and gluons. The second line is the interaction terms. The third line contains mass and the fourth line the left-right parity interaction. 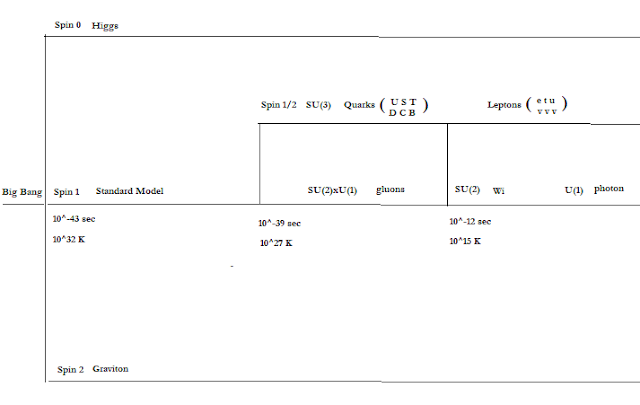 The Higgs field is unstable to symmetry breaking. After 10^-12 seconds, the SU(2)xU(1) symmetry breaks and the electron acquires mass, the neutrino stays massless, the W+-, Z acquire mass and the massless photon emerges.

A simple calculation of the Higgs' mass has suggested new science. 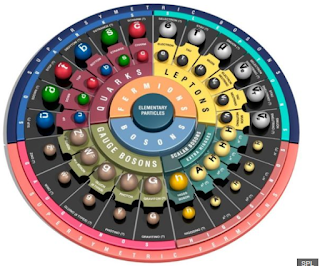